Carob is native to the eastern Mediterranean, where it has been in cultivation for at least 4,000 years. The plant itself is ancient. It survived the last ice age and flourished throughout the Mediterranean region, including Cyprus, ever since. Until the early 1940s, carobs were known as “the black gold of Cyprus” as financially they were the most important crop on the island.

Carobs grow wild in most parts of the island. For some rural families, the revenue from carob crops is still important. On the first day of the carob harvest – usually at the end of August/beginning of September – everyone heads to their trees to gather the crop. The pods must be harvested before the winter rains. They are shaken down using a long pole and the pods are caught on canvas sheets laid on the ground right underneath the trees. Then, they are left to dry under the sun for 1-2 days until their moisture is reduced. Τερατσόμελο (teratsomelo), meaning carob syrup is produced by crushing the dry carob pods and then immersing them in water. After hours of soaking, the pods are removed from the water. They have however left their juices in it. The water, mixed with the juices from the carob pods, is boiled until it reduces to a thick syrup. Nothing else is added to it. This production process is an art. Leaving the crushed pods soaking or boiling the juice for longer or less than required, affects not only the flavour, but also the nutritional value and the conservation time of the pure carob syrup.

Carobs have excellent nutritional value. They are rich in sucrose (almost 40%, plus other sugars) and protein (up to 8%) and are a good source of fibre. Moreover, the pods contain magnesium, calcium, iron, phosphorus, potassium manganese, barium, copper, nickel and the vitamins A, B, B2, B3, and D. Carobs are richer in calcium than milk as they contain 350mg of calcium per 100gr of carob in comparison with milk which contains between 120-130mg of calcium per 100ml of milk. Carobs contain as much vitamin B1 as asparagus or strawberries, as much niacin as lima beans, lentils, or peas and more vitamin A than eggplants, asparagus, and beets.

Carob syrup is easy on the digestive system and improves digestion. It is very effective against constipation and other digestive system disorders. It is also used in the fight against osteoporosis as it is rich in phosphor and calcium. It doesn't contain caffeine so it works well for patients with high blood pressure. Carob tannins contain gallic acid which is analgesic, anti-allergic and antibacterial. It is also an antioxidant, antiviral and antiseptic. It can be used for the treatment of cough, flu and anaemia.

Carob extracts could start being used in the treatment of cancer-related illnesses. As part of a partnership with the Barcelona Science Park, the University of Algarve (UALG) is investigating carobs’ potential in fighting cancer. According to Anabela Romano, the UALG professor monitoring the project, despite being a plant species of high commercial interest used in various industries because of its low toxicity levels, the carob tree is regarded as an under-utilised resource. The study also looks at ways of deriving greater benefits from the tree and the professor points out that carob trees are widespread in the countries of the Mediterranean. 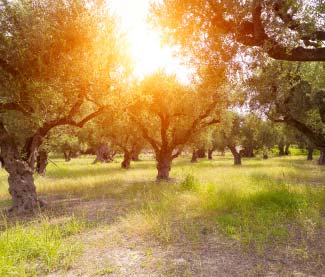 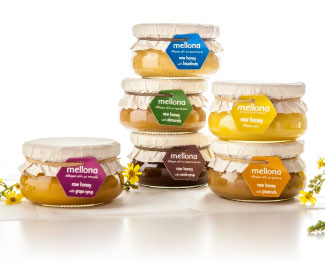